The new 2019-2020 Chinese Government Scholarship-Silk Road Program of Tianjin University is now available for citizens of countries along the Belt and Road. 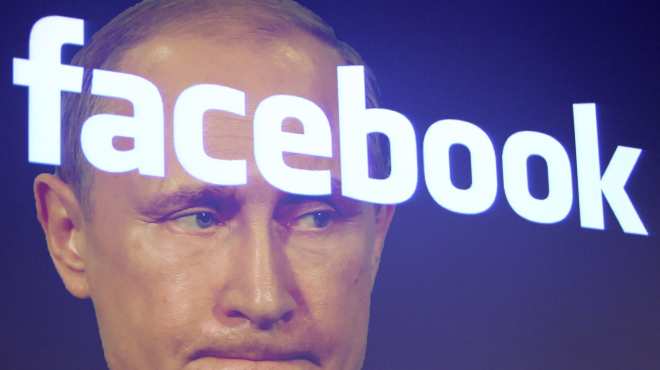 Facebook said on Thursday it had removed millions of Russia-initiated pages, accounts and groups that it judged to be involved in coordinated inauthentic behavior on its Facebook and Instagram platforms.

Facebook’s head of cybersecurity policy, Nathaniel Gleicher, said in a blog post it had unearthed two separate operations which originated in Russia, with one active in multiple countries across eastern Europe and the other specific to Ukraine.

The company said it had taken down about 364 Facebook pages and accounts run by the first Russian network and operating in Baltic Sea states, Central Asia, the Caucasus, and Central and Eastern Europe, adding that these pages were linked to employees of Russian news agency Sputnik.

The company also said that based on a tip from U.S. law enforcement, it had separately removed 107 Facebook pages, group and accounts and 41 Instagram accounts that originated in Russia and operated in Ukraine.

“We didn’t find any links between these operations, but they used similar tactics by creating networks of accounts to mislead others about who they were and what they were doing,” the company said.

Facebook has been under fire for the last two years for its self-admitted sluggishness in developing tools to combat extremist content and propaganda operations.

Facebook and Twitter Inc took down millions of posts and shuttered accounts linked to influence operations by Russia, Iran and other actors in the run-up to U.S. midterm elections in November.

A hotel complex is under attack in the Kenyan capital, Nairobi.

At least two explosions followed by sustained gunfire were heard at the compound in the Westland district of the city, which houses the Dusit hotel as well as offices.

“We are under attack,” a person inside the complex told Reuters news agency.

Several vehicles are on fire in the car park. Police have been sent to the area.

This breaking news story is being updated and more details will be published shortly. Please refresh the page for the fullest version.

A disquiet is simmering within the government and public circles after the leakage of information that the government had settled on a foreigner for the top job at the central bank, for the first time in the country’s history.

Sources privy to the selection process intimate that that indeed an outsider had been settled on, without divulging much on the individual. But this seems to not have gone down well with critics who argue that the country had sufficient skillset for the position.

Those supporting the government like famous author Harun Maruf argue that it was expertise that mattered not the nationality.
money changers carry loads of low value notes in wheelbarrows on the street, Barao, Somaliland, Somalia
The revelation end speculations which have been on air since August last year as to who would replace Bashir Isse, who has been serving since April 2014. He previously held the position in interim roles from 2006 to 2010 and was reappointed in November 2013, but will now retire.

The division on opinion adds to the raft of challenges the new office holder will have to navigate to street the government banker and the economy at large to stability.

The new governor will be taking over at a time when the country is just on the verge of commencing the printing of official government banknotes for the first time in over two decades ending the long reign of counterfeit notes and unregulated monetary policy.

With footprints of two decades old civil war still visible in the country, Somali leaders have been working on means and ways to rid the country of the old counterfeit notes in place of new currency.

The new currency, is hopes, will help Somalia boost its economy. The new move to print money with security features will also prop the shilling’s value.

The new office holder will also have to impose measure to control Foreign Exchange Rate appreciation. In addition, Somalia does not have well-organized money and capital markets. The successful candidate will be tasked with steering the development of the banking and the financial system in the country.

Also in the in-tray will the task of promoting the process of economic growth and ensure adequate monetary expansion in the country.

Also to be seen is the office holders’ ability to maintain internal price stability by adopting a monetary policy that can control inflationary tendencies and ensure market stability.

The biggest challenge will be whether the CBS of Somalia will successfully integrate the traditional banking system with the mobile money economy, with over 70% of the population opting for the cashless banking method.

Critical in the implementation will be a pool of qualified staff to implement the policies. There is need for an a structured training programme and facilities that will help develop the necessary skillset of the future employees

Addis Ababa — Political parties have to resolve differences at roundtable discussions since violence is an existential threat to stability and peace, representatives of political parties said.

In an exclusive interview with ENA, Arena Party Chairman Abraha Desta said “power should be in the hands of the people, and for this to happen there must be peace and stability. We should, therefore, prioritize these.”

According to him, “there is no democracy, election and development in the absence of peace.”

Therefore, he added, his party is strongly opposed to anything that disrupts peace.

Arena Party Chairman Abraha urged social media activists to refrain from getting involved in anything that jeopardizes the social bondage and strive to enhance people-to-people ties.

Arena Party is working to ensure peace and security as only united and prosperous Ethiopia can be ascertained in the prevalence of peace, he added.

He called on all parties to patiently negotiate till they come to agreement and work together.

“Despite their different political agenda, they should come together in the spirit of united Ethiopia, and that cannot be realized unless they sit down and discuss,” Getaneh pointed out.

According him, the Ethiopian Unity Patriots Front is ready to help the government in bringing peace and stability.

Oromia National Party Public Relations Head, Liben Wako said “our party firmly believes that there is no other choice than peaceful struggle.”

According to Liben, “there is no doubt that the existing security problems will end and the public will be crowned with victory.” 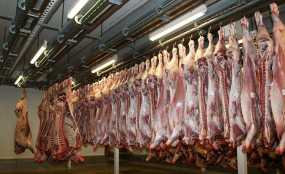 Maputo — Mozambique has banned the import of animals and products of animal origin from South Africa, because of an outbreak of foot-and-mouth disease in the South African province of Limpopo.

According to a release from the National Veterinary Directorate of the Ministry of Agriculture, the measure has been taken to avoid the risk that Mozambicans livestock might be infected from contaminated South African animals and products.

The ban covers all cattle, goats, sheep and pigs and their products and sub-products from the entirety of South Africa. The only exceptions are products that have been completely treated to de-activate the foot-and-mouth virus, such as pasteurised dairy products, and heat processed meats.

The Mozambican authorities have guaranteed that border inspection will be stepped up to prevent South African livestock and meat from entering the country.

The foot-and-mouth outbreak in Limpopo province was reported last Monday. Since then bans on importing South African meat have been announced by Zimbabwe, Botswana, Swaziland, Namibia and now Mozambique.

The South African Department of Agriculture says that the affected areas are under quarantine, and that investigations are under way to determine the extent of the outbreak.

The World Organisation for Animal Health has temporarily suspended South Africa as a meat exporter until the area affected is confirmed as free of the disease.

The United Kingdom has joined Russia and the United Arab Emirates in the scramble to set up military bases in Somaliland.

UK Defence Secretary Gavin Williamson at the weekend met President Mouse Bihi in Hargeysa, and discussed ways on strengthening the relationship between the two countries.

Somaliland, a former British colony, is yet to be recognised internationally.

The visit comes barely a week after Mr Williamson said the UK was keen on building new military bases around the world after Brexit. It is believed his visit to Somaliland sought to discuss the possibilities of setting up a base in the country.

Facebook has confirmed to TechCrunch that it’s acquired… Confirm.io. The startup offered an API that let other companies quickly verify someone’s government-issued identification card, like a driver’s license, was authentic. The Boston-based startup will shut down as both its team and technology are rolled into Facebook, where it could help users who are locked out of their accounts.

Confirm.io had raised at least $4 million from investors, including Cava Capital, since launching three years ago. The 2015 seed round funded advanced forensics used to pull information from an ID card, as well as mobile biometrics and facial recognition to confirm a person’s identity before the startup deleted the personal data.

Clients could quickly integrate the tech, which expedited on-demand startup staff onboarding. Food delivery service Doordash used Confirm.io to verify its drivers, while Notarize used it to authenticate the identity of customers looking to file documents.

The startup writes, “When we launched Confirm, our mission was to become the market’s trusted identity origination platform for which other multifactor verification services can build upon. Now, we’re ready to take the next step on our journey with Facebook. However, in the meantime this means all of our current digital ID authentication software offerings will be wound down.”

Facebook tells TechCrunch, “We are excited to welcome the Confirm team to Facebook. Their technology and expertise will support our ongoing efforts to keep our community safe.”

Facebook could potentially use the technology to have people confirm their identities if they’re locked out of their accounts after being hacked or losing their password. Back in September we spotted Facebook testing a feature that let you unlock your account using a selfie. And since at least 2013, Facebook has let people mail in a copy of their photo ID or other identity verification materials in order to regain access to their account.

Because this is a full acquisition, not just an acqui-hire, Confirm.io’s team and tech could help Facebook strengthen and streamline these options. And one day, perhaps Facebook could even serve as your ID card in some situations. Face ID on the iPhone X could eventually be opened to third parties to power more biometric security across apps. With our keys and payment cards becoming digitized and part of our phone, the ID card is really the last reason you have to carry an old-school wallet.