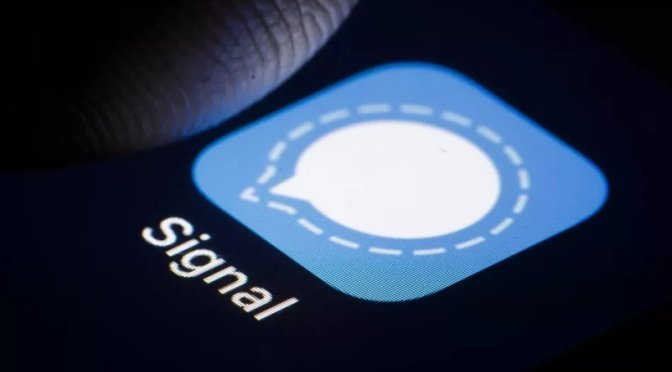 Those pings reflect the fact that there’s been an influx of new users. Known for its end-to-end encryption and independent structure as a non-profit organization run by a foundation — not a big tech company — Signal has previously been the communication method of choice for activists, people in the hacker community, and others concerned about privacy.

Recently, Facebook-owned WhatsApp — which is end-to-end encrypted using Signal’s protocols — began issuing a privacy update notification to users making clear that it is sharing user data with Facebook (which it has actually been doing for years). That’s led people to look elsewhere for a secure communications app, helped along by Elon Musk’s Jan. 7 tweet which simply stated: “Use Signal.”

Over the past three years, Signal has also been investing in more infrastructure and features to support its users. That’s a good thing: Signal first saw an increase in users in the spring as people participating in anti-racist protests around the killing of George Floyd realized how closely law enforcement was surveilling them and asking companies to hand over user data. It’s only become more popular since then. As of this writing, Signal is at the top of the Apple App Store and Google Play Store, and its two-factor authentication onboarding system even got briefly delayed Thursday because so many people were trying to sign up.

So, thinking about joining Signal? Bottom line: If you care about privacy, it’s a good idea. Here’s what you need to know.

OK, so what is Signal?

Signal is a free, privacy-focused messaging and voice talk app you can use on Apple and Android smartphones and via desktop. All you need is a phone number to join. You can text or make voice or video calls with friends, either one-on-one or in groups, and use emoji reactions or stickers just like in other apps. But there’s one big difference: Signal is actually really private.

Is the Signal app secure?

Communications on Signal are end-to-end encrypted, which means only the people in messages can see the content of those messages — not even the company itself. Even sticker packs get their own special encryption.

Signal created the encryption protocol (basically, the technical way you implement this) that other companies including WhatsApp and Skype use. Plainly put, it is the gold standard of privacy.

Yes — and that privacy goes beyond the fact that the content of your messages is encrypted. You can set messages to disappear after certain customizable time frames. Plus, Signal collects virtually no data on its users. The only information you give the app is your phone number, and the company is even working on a way to decouple that from using Signal by making encrypted contact servers. If the police come knocking to Signal for data on its users, it says, truthfully, that it has no data to hand over.https://d

Part of the reason it collects no data is because Signal is a non-profit organization, not a for-profit company. It has no advertising, so no incentive to track users. Instead, it’s funded by grants and private investors — one of whom had a huge personal interest in making a privacy-oriented platform. Though a small group of privacy activists created Signal in 2013, it has grown in recent years. In 2018, WhatsApp founder Brian Acton donated $50 million to create the Signal Foundation, which now runs Signal. Acton got on board with the mission to make a truly private messaging service after Facebook acquired WhatsApp and Acton reportedly left the company amid clashes with Facebook over how it was eroding WhatsApp’s privacy.

Signal vs. WhatsApp (and other messaging apps).

Both Signal and WhatsApp are end-to-end encrypted using the same technology. That means the content of the messages you send and calls you have are both private. However, Facebook collects lots of other information in the form of usage statistics, metadata, and more. And there’s no longer a way to opt out. https://d-29504138532505392658.ampproject.net/2012232217000/frame.html

Signal does not have as many fancy customization features as WhatsApp, like backgrounds. But when it comes to true privacy, there is no comparison.

You can see a full list of alternatives to Facebook-owned messaging services here.

Another app rising in popularity is Telegram. Telegram says it’s also all about privacy, but it actually has plenty of downsides. Messages on Telegram are not truly end-to-end encrypted by default. Plus, the fact that private groups are unlimited in size, can be joined via a link, and are explicitly not moderated has made it a hotbed for toxic and illegal content, like terrorism and revenge porn (also known as non-consensual pornography). Signal does not moderate content either, but it limits groups to 1,000, and is more about communicating with people who are actual contacts than joining groups of strangers like on WhatsApp and Telegram.